The PRP Survival Guide is a repository of experiences and insights shared by PRP patients and their caregivers. Collectively, the PRP community possesses a wealth of practical knowledge about pityriasis rubra pilaris. We need to harvest that knowledge for those in need of enlightenment.
Share what you have learned about marijuana from the perspective of a PRP patient or caregiver. Share what you have been told by your dermatologist? Share articles  you feel might be worth reading or websites worth visiting.
Please email your “sharings” to editor@prpSurvivalGuide.org

How do you feel about out medical marijuana? Cannabis oil?

Hi Rita! do u live in oceano ca? Wondering cuz I live in San Luis Obispo. Medical marijuana had helped me with prp more then and other meds. Have not yet tried the oil but I’m interested

I happy right now. I was thinking only person with PRP on central coast! My daughter is doing research about the medical marijuana and oils for me. What strain are you using?

You are not alone. There is another PRP patient in San Luis Obispo.Eric S. If you would ever like to meet up and chat I would love to meet another fellow prper 🙂 I don’t always get the same strain….right now I have peak 19 which I like.

It should be legal in all the states.

It should be legal everywhere in the world, but it’s not.

We have a few members who report an easing of symptoms of PRP through using marijuana. This is a touchy subject due to the legality of the drug. We would like to hear your story if you use it.

I have found marijuana to be helpful with prp symptoms. Helps with itching, sleep, mood and allows me to relax during stressful times. Got sick of side effects from meds and constantly taking pills and applying creams. Been happier and even more sucessful with natural remedies. Interested in applying it topically and may start this month.

Me too Deborah B!

Yep, made it less flary

Marijuana and PRP. Guys I saw a study on psoriasis and marijuana. Don’t get me wrong here, i am not a pot smoker. After reading the study I said bugger it I’m going to try this. Smoking test: no result, got stoned and that wasn’t fun for me, I love being clear of mind. Eating and tea drinking test as per the study good results: actually brilliant, my flare up seems to be subsiding, I’m having days where my face looks like its going to clear up. The cabbanoids need to be ingested. No it doesnt get you stoned at all, but it does relax you physically, no mental effect. Guys this is definately related to the nerves, during this outbreak all the red spots appeared symetrically, so one red spot on the right chest chest and left chest, same place, one red sport on the right thigh and left thigh, same place, on the left hamstring next and right hamstring, same place etc etc, it is clearly nerve related. Actually before I got PRP the first time I had shingles about a year before that, whereas medical marijuana works to pacify the nervous system and for me at least is working. My PRP is still progressing, new red spots appearing here and there, some red spots joining together on the face, BUT I have to say its less agressive and the progression has slowed right down. Today my face looks three times better than two weeks ago.

I didn’t read the link yet, but I’m wondering if it needs to be THC that’s ingested, or if the CBD’s are what’s at play here. If it’s the CBD, that’s a whole different substance and can be taken separate from THC.

Thanks for sharing. Ive read a few studies that suggest there are some benefits of using marijuana for psoriasis. I think I’ve shared in the past that I smoke and it definitely helps with my nerves, the pain and itching. Have not applied topically or consumed it in many years but may give it a try 🙂

Sam R you say to eat it. Are you referring to a pill or actually eat the weed? Any time I have eaten it I have gotten stoned.

That’s why I’m wondering if he’s talking about CBD oils. You can get those in a tincture, and it won’t get you high. I live in the middle of cannabis central and know people that make edibles and other lab tested products for the medical dispensaries in the area, so I’m pretty familiar with the subject if I can help with questions…

Looks like another chapter for Bill McCue’s book on PRP. Uncertain whether the pot chapter will be in the natural therapies section or the meds.

I believe it’s the CBDs that can help. I am going to try a high CBD strain infused into coconut oil. I’m told that the oil taken at bedtime can also help with insomnia/inflamation.

May I ask your method of ingestion?

It’s infused into the coconut oil, so by the teaspoon/mouth.

Nice! I’m waiting on a tincture personally, but mine will have CBD and THC.

I’m thinking that perhaps a tincture could be applied directly to clean skin, allowed a minute or two to absorb, then followed with a moisturizing cream.

Modified cannabinoids (or is it the cannabinols?) are currently being tested in all sorts of labs for all sorts of things. I’m for it. I’ve seen the results on a TV show on SBS called Insight. They had the parents of a little girl who was having up to 600 grand mal seizures a day. They were told their little girl would be dead within months. Last resort, they tried the modified oil. The kid now has 2 – 4 seizures a week, and has out lived her “life expectancy” by 4 years already. I smoke the stuff because it helps with the itch. Well…. not sure if it actually helps stop the itch or just makes me forget I’m itchy. Either way…….

When I say ‘eat’ I mean first I put the stuff in a hot tea, I drink two teas out of the same bud, and then I feel relaxed. No it doesnt make me high. I then chew and digest whatever is left at the bottom of the cup.

Just a few days ago I was wondering if medical marijuana would help because so much of it is related to my nerves I believe. I have anxiety attacks now which I have never had before and I get so overwhelmed being around a lot of stimulus that I have to go to my room. Where can I legally obtain The oils, the tinctures, the tea? Anything is worth a try!

My experience is that during periods of intense itching and pain, I feel better after I smoke marijuana. I don’t know if the drug itself helps, or if I’m inebriated and just don’t care.

I’m with you there Tierney, bit of both I think. It calms me, calm is good 🙂

I’m going to try the tea before bed tonight. I just don’t like smoking. My friend who makes the “special oil” says that boiling water will not extract the CBDs/THC, which is why (coconut) oil is used. He also said that the boiled bud can release some compounds when eaten but would take a while…so no tea for me.

Medical marijuana can help with nausea — when your sick enough you will try anything.

There was something on the news tonight, regarding the safety of using E-Cig to smoke marijuana. Something about the oil and the marijuana. Since I am not interested I did not pay close attention.

I dont know, all I know is that people are saying my face looks better

I know the stuff available in oil form where I am from the medical places have all been lab tested for impurities and for potency, which is nice. You know what you are getting. And you can get a vaporizer that is totally different than the vape pens. An e cig is similar to a vape pen, but not the same thing.

So that is the issue. If I had known this topic was coming up, I would have paid closer attention, lol

We prescribed marinol, synthetic THC, to several end stage renal failure patients with intense pruritus, there’s an off label use for itching. So what you’re saying makes sense.

The following post and comments began on July 30, 2014 on the subject of medical marijuana. Members of the PRP Facebook Support Group may CLICK HERE to access the  unedited version of the conversation between fellow members.

I’ve heard that marijuana helps with inflammation and itch, and it will soon be legal in my state. I’ve talked to my doc about it, and he will prescribe if I want it, as soon as it is legal. Has anyone had success with marijuana? If you don’t want to post publicly, please send me a private message. I’m desperate to find relief. The itch is unbearable, and my skin has been red and sore for 20 years. I’m weary of being miserable every day. I’ll ask my doc to prescribe if I find others that it has helped.

I’ve heard that it helps.

I do not have personal experience. However, I have a friend that is very dear to me that has used cannabis oil for inter cranial hypertension and migraines. So, if you don’t want to smoke it or eat it, the oil can be used.

Rub the oil on the skin, or take it orally?

My friend took it orally.

Marijuana was the only thing that stopped the itching for my husband. He did not like the antihistimines they made him so tired. It helped him through two horrible months? I have several friends who use marijuana or cannabis oil for pain and for arthritis They say it helps them very much. I have considered it. Medical marijuana has been legalized in Washington state for years, and now it is legal for recreational use as well.

I have heard that they are having luck with some auto-immune diseases using CBD, which is one of the non-psychoactive (won’t get you high) components of marijuana. I just started it, and will post if I notice any big changes. I’m currently on the clearing side of a flare that started in March, so I’m a little uncertain if this would be the right time to see effects.

Medical marijuana seems to provide relief in a number of chronic conditions! If only it was available legally in the UK. As for getting high – sounds wonderful. Bring it on!

Misti, I’m eager to hear how you do. I’d prefer something that didn’t make me high. I’ve never smoked or even drank alcoholic beverages, so am nervous about using it. However, I’m desperate enough to try something that sounds promising.

You can do cannibis oil, that is what my friends do.

Searching the Land of Chat 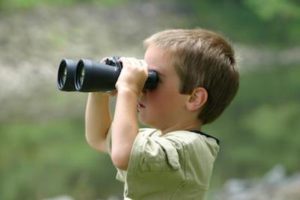